“I want to be like the artists I heard about and saw when I was growing up — how their lives spoke of art and how they’re the masters of their craft.”

Crystal has always had big goals and dreams…and lots of drive, ambition, and passion for her craft. Born Renee Crystal Chapman, she goes by her artist moniker, Crystal Renee. Art has always been center-stage for her; as far back as preschool, she remembers being focused and intent on her drawings or paintings while other kids were running around outside. By the time she was in high school, Crystal was taking advanced-level art classes and regularly participating in art shows and competitions. Between her junior and senior year, she won a major competition that allowed her to attend a Governor’s School art program. (The Governor’s Schools hosts academically and artistically challenging programs for gifted students from a collection of magnet high schools.) From that moment on, her whole world changed.

“It was so enlightening to meet other students with the same passion for art. Just to be able to talk about the creative process with people who understood was life-changing. These were kids my age who saw the world in the same way I do…who were just as excited about art as I was. I learned so many new techniques and I experimented with different art forms like theater and performance art. [In speaking about the latter] …until the Governor’s School, I didn’t know I could be PART of my own art instead of just standing next to it.”

During her time in the arts program, Crystal learned how to put together her portfolio and, more importantly, how to talk about her art and share her vision. These latter skills helped her get into the International Academy of Design and Technology in Tampa, Florida, where she earned her degree in graphic design. However, after graduating, she found that a career as an artist was not going to be easy. “All through the college you’re told that you’re going to get your dream job and all these great things will happen, then you graduate and . . . reality hits.” As she says, “some things happened and other things didn’t work out as expected.” She moved to Atlanta, found a steady job at a print shop, and she got settled. She was an independent adult on the rise.

Suddenly her mother got sick and Crystal returned to Stafford. Unfortunately, a series of events put her on a downward spiral that twisted and turned faster and faster. First she lost her job, which led to unpaid bills and, eventually, not being able to keep up with rent. She began living day by day. She relocated to DC looking for any opportunity to sell her art. She was persistent; she went to venues where athletes, musicians, and other (mostly) local celebrities were visiting, painted pictures of them, and sold them to the VIPs. And when people didn’t take her artwork seriously, it ticked her off and drove her to succeed even harder. “I didn’t have all this talent, skills, education, and passion, to go unnoticed or to be summed up to what some ‘joe-shmo’ says or thinks.”

Despite the challenges of her transitional living arrangements — sometimes even living out of her car — Crystal never stopped working on her art. Her eyes sparkle when she talks about how art makes her feel: “Painting was a relief for me. Any time I’m able to create, I’m in a different world. When I put that paintbrush to the canvas, I’m controlling everything around me because I’m creating everything around me.” And she had a vision of where her art was going to take her. She wasn’t giving up. However, living in her car in DC, going hungry, and not realizing her vision took its toll and that’s when her life took another sharp turn.

“There were super low times when I didn’t want to be here. It’s not that I didn’t want to live anymore but it felt like every time I picked myself up, I got thrown back down again. I needed help. I didn’t know where to go so I went to the hospital. But before I could be released from the psychiatric ward, I had to be connected with recovery services and that’s when I met McClendon Center staff. I knew I needed to get it together and if that meant medication or therapy, then that’s what I was going to do. ” That was three years ago.

But being connected to McClendon Center didn’t mean all her problems were instantly solved. She still didn’t have a fixed address and sometimes living in her car. She was still on survival-mode and still uncompromising about her independence and her goal of being a successful artist. Another road bump. She was pregnant. Her resolve shifted: she was going to advocate for herself and her unborn baby. Her first mission was to get housing.

“Housing in DC is incredibly challenging when you don’t have the means. You need money for deposit, decent credit, an income. I fought for myself. I went to housing support agencies, I filled out form after form; I went to the Mayor’s office. The housing system here isn’t on the side of people who need help.”

Just before giving birth, Crystal finally received was she worked so hard to get — a spacious one-bedroom apartment through Pathways to Housing. Despite overcoming this hurdle, worries and concerns about stability are always in the shadows. “I have to look out for our future. With this particular housing program, my rent will increase after 12 months. I want to make sure I can keep this … I don’t want to go back to the way things were.” Crystal has hope, though. She knows she has the support and whatever help she needs from her McClendon Center Community Support Specialist, Sherina.

“Sherina is the support I didn’t have before. She’s someone I can really talk to her without any BS. She knows my strengths and weaknesses. More importantly, she helps me look at things in different ways and breaks it down for me so I can be smart about my decisions. I feel respected and I trust her.”

Crystal continues to dream big. She wants to run her own business; have an upscale traveling art gallery truck so she can take her art on the road; she envisions running an art mall, Con-Glamorous (a play on “conglomerate”), where all of the vendors are art-related from tattoos, nails and hair to mixed media, paintings and photography. She imagines her art being used in movies and in television; she wants to see her art on billboards and sides of planes. There are no limits to how far she can go.

But, for now, she focusing on being an artist, creating her business plan, and letting McClendon Center help her on her journey toward independence, stability, and success. She has artwork on merchandise, she’s using social media to increase her visibility, and is even selling some of her paintings overseas. Her community support specialist is guiding her toward community resources to help her secure stable housing, encouraging her with her artistic endeavors, and identifying employment opportunities.

This is a notification that can be used for cookie consent or other important news. It also got a modal window now! Click "learn more" to see it!

We may request cookies to be set on your device. We use cookies to let us know when you visit our websites, how you interact with us, to enrich your user experience, and to customize your relationship with our website.

Click on the different category headings to find out more. You can also change some of your preferences. Note that blocking some types of cookies may impact your experience on our websites and the services we are able to offer.

These cookies are strictly necessary to provide you with services available through our website and to use some of its features.

Because these cookies are strictly necessary to deliver the website, refuseing them will have impact how our site functions. You always can block or delete cookies by changing your browser settings and force blocking all cookies on this website. But this will always prompt you to accept/refuse cookies when revisiting our site.

We fully respect if you want to refuse cookies but to avoid asking you again and again kindly allow us to store a cookie for that. You are free to opt out any time or opt in for other cookies to get a better experience. If you refuse cookies we will remove all set cookies in our domain.

We provide you with a list of stored cookies on your computer in our domain so you can check what we stored. Due to security reasons we are not able to show or modify cookies from other domains. You can check these in your browser security settings.

We also use different external services like Google Webfonts, Google Maps, and external Video providers. Since these providers may collect personal data like your IP address we allow you to block them here. Please be aware that this might heavily reduce the functionality and appearance of our site. Changes will take effect once you reload the page.

This is a test popup

Michael Burt was hired at McClendon Center in 2009 during the agency’s major expansion as a Team Leader and became the QI Director in 2014. He earned a Master’s degree in Counseling from Bowie State University and earned his Bachelor’s degree in Psychology from Frostburg State University. Michael uses his expertise in quality improvement, crisis intervention, social services, community outreach, and counseling to empower and help our clients reach their ultimate goal of independence. 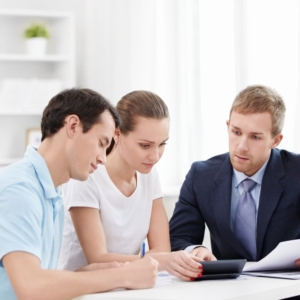